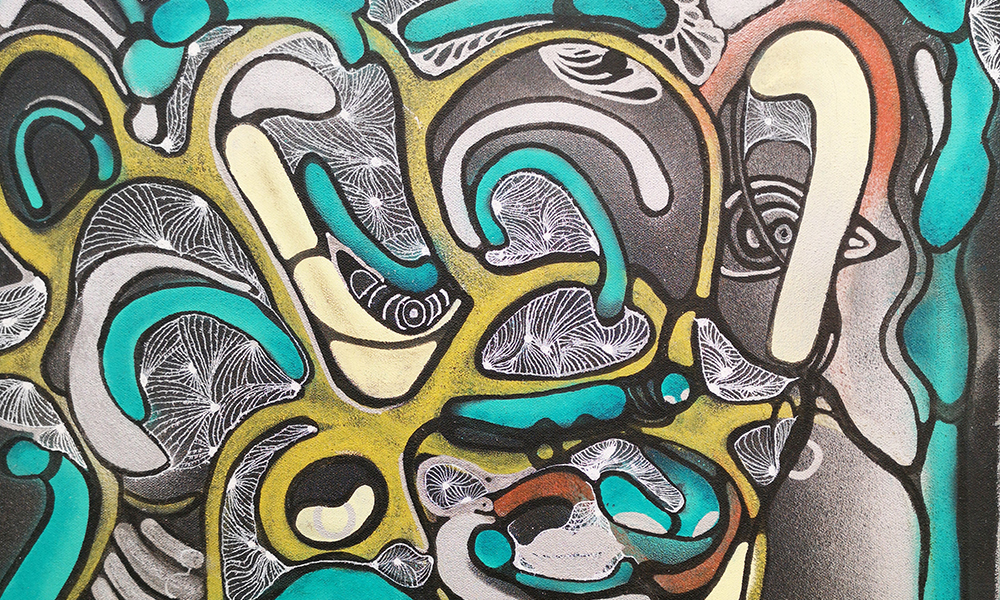 She lives in Saint-Barth and is very active in the small world of art on the island. Cathou, since her earliest childhood, has been attracted to painting. It is therefore an artistic journey that she chose from an early age, notably by taking drawing classes at the Beaux-Arts in Paris and then at the famous art school The Glassell Studio School in Houston, Texas.

She is a fan of automatic painting, as others are of automatic writing (it is a technique of spiritualism that consists in letting an astral entity take possession of your arm to write and thus communicate with you. This method requires a lot of concentration and attention. 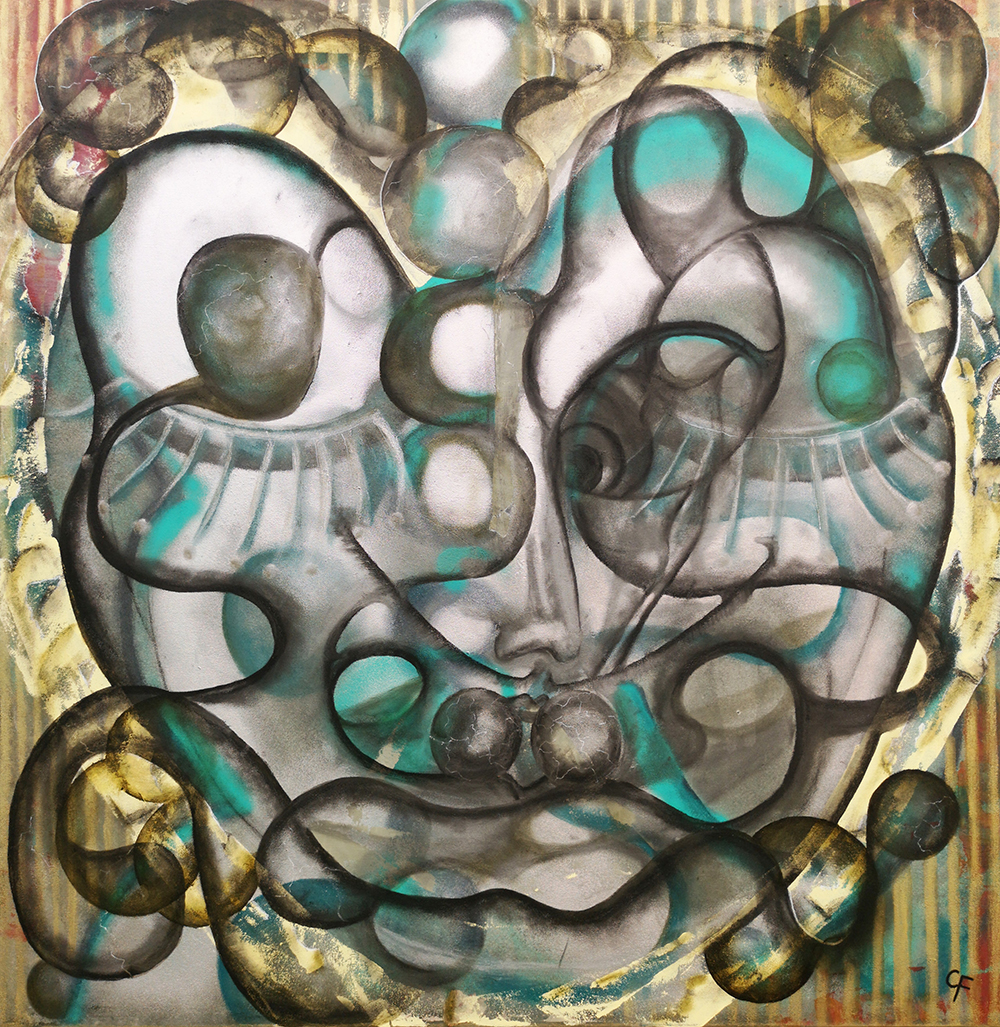 Cathou, on the other hand, is guided by her unconscious mind. When she paints, she mixes shapes and colours until the moment the light and meaning of her works are revealed. His creations, full of lines that overlap each other, create and form geometric figures and faces in a style that could be reminiscent of Salvatore Dali.

Saint Barth brought it closer to his vision and his desire for freedom of expression, serenity and self-harm.

Cathou is also known in Saint-Barth for having recently contributed to the various workshops in the classes where she presented her works and also introduced children to abstract art. 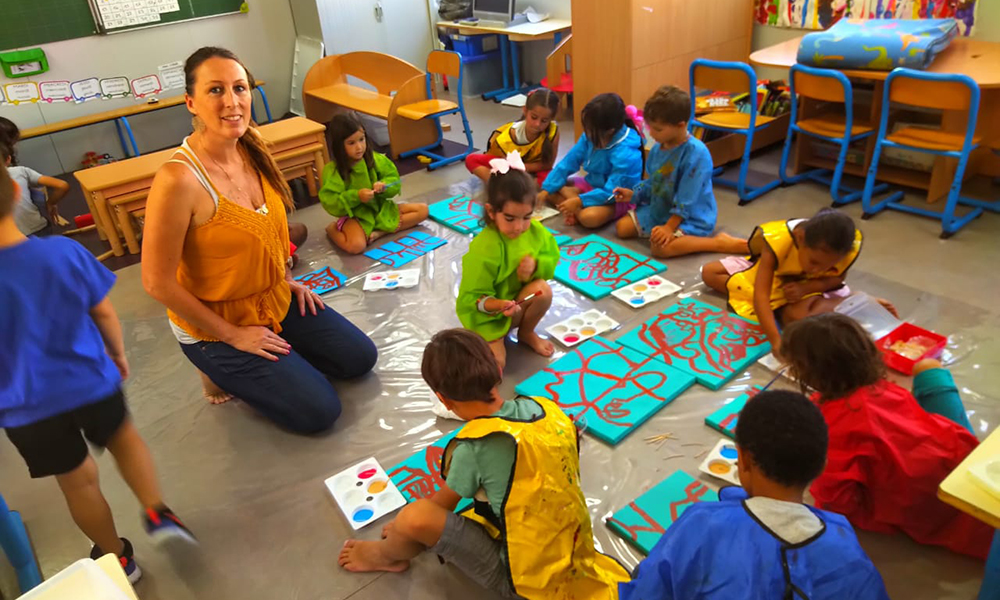 A beautiful initiative as we like them, that’s why we, at Destination Saint Barth, have decided to make you discover this artist.