You are at:Home»News»Events»Fort Lauderdale Sint Maarten with JetBlue 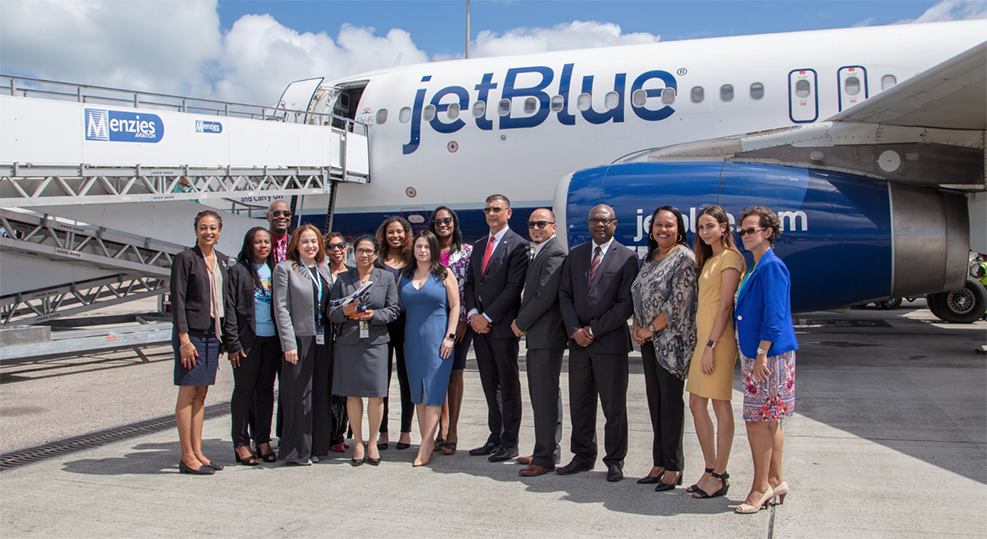 Coming to St. Barth on holiday is not a trip like any other. Indeed, the main gateway to the island is none other than one of the smallest airports in the world. Indeed, Remy de Haenen Airport and its 640-metre runway can only accommodate small aircraft (max. 19 passengers).

It is therefore via Pointe à Pitre or St Maarten Princess Juliana (International Airport on the Dutch side) or via Espérance de Grand Case de Saint-Martin airport (French side) that we arrive in Saint-Barth. The connections between Sint Maarten are either by plane, 10 short minutes and a memorable landing or in 45 minutes by boat and an arrival in Gustavia. With the passage of IRMA in September 2017, Princess Juliana International Airport suffered enormous damage and it took more than a year for it to become 35% operational again and should be fully operational in 2020.

Recently, JetBlue has opened a new route from Fort Lauderdale (north of Miami) to Saint-Martin and therefore also to Saint-Barth.

As a symbol, Valentine’s Day was chosen by JetBlue to officialize the opening of a new rotation from Juliana International Airport located partly Dutch from St. Martin and Fort Lauderdale. 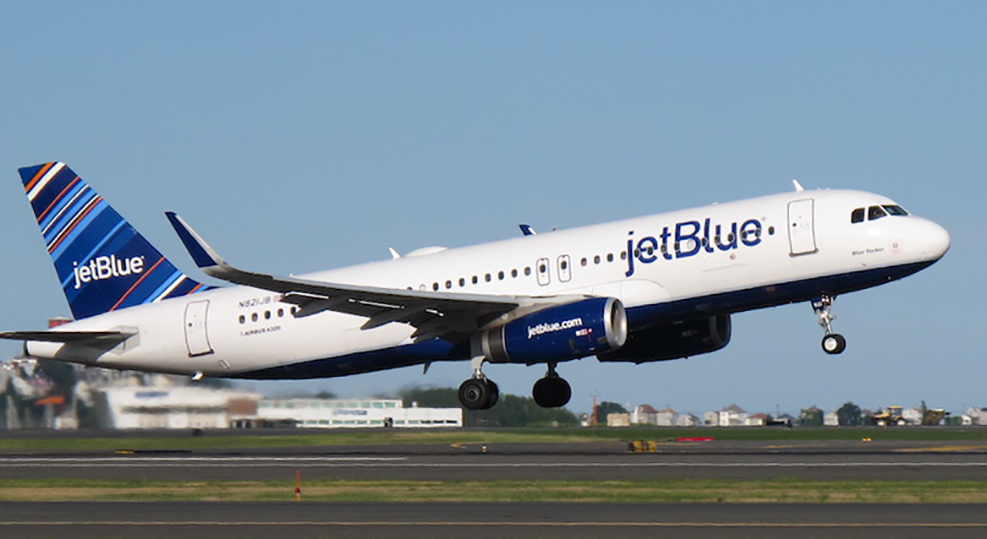 127 passengers from Fort Lauderdale took advantage of this inaugural flight on a company A320, which landed in the morning in Saint-Martin. When they arrived on the tarmac of Juliana International Airport, passengers and crew members were warmly welcomed by an audience of local elected officials brought by the First Vice-President of the Collectivité de Saint-Martin.

« Today, JetBlue once again demonstrated its commitment to rebuilding the economy of Sint Maarten with the addition of this new road that adds more than 62,500 seats to the destination. This translates into thousands of nights in our hotels and plenty of cutlery for our local bars and restaurants. This arouses even more interest from new travellers and confirms that Saint-Martin is definitely open for business, » explained the Minister of Finance.
It is obvious that St Barth will also benefit from this new desert. In any case, it is a beautiful sign of recovery after the terrible passage of Irma, not only for Saint-Barth, but also for Saint-Martin.