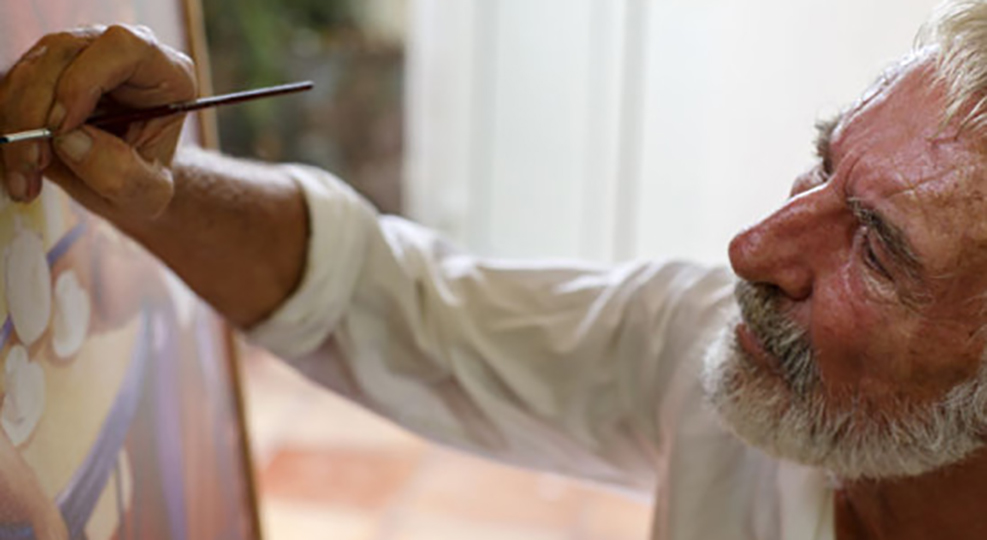 Jean-Pierre Ballagny, sailor, painter and now writer, lives in Saint-Barthélemy, where he cast his yacht’s anchor in 1987. At his opinion, his second life has started in the lights of that peaceful island.

After having rejected his passion for painting, under family pressures in his young age, his artistic grand father’s chromosomes were regenerated by the images he recorded during his African and South American peregrinations. Light and serenity of Saint-Barth created the frame of that reborn and expression. First of all with excitement that follows long repression times, and then with care about perfectionism of his « masters to paint ». He realized about 850 painting during around twenty, now dispersed all around the world. Since 2006 his vision sense is affected by an accident.

He is so looking for a new pictorial way to express himself and in parallel he finds in writing a way to communicate and share his emotions and fantasies. Two books:  « La vie à l’envers » (Life upside down) published by Harmattan and « Rencontres » (Meetings) by Editions de l’Ile… Make us peregrinate with him along his initiatory journey, and share Life’s lessons from here and away.