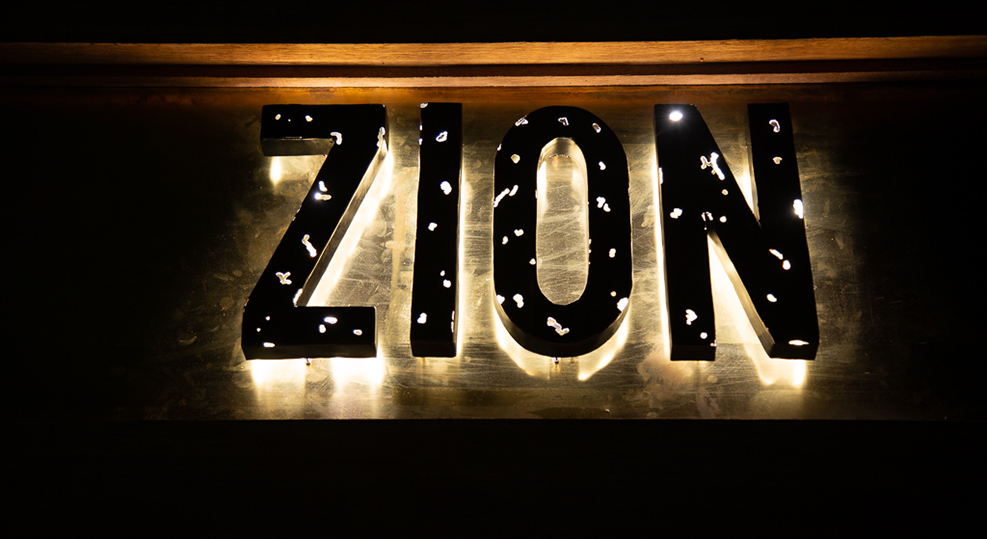 Zion (Sion in English) is used by Rastafarians mainly to describe a healthy spiritual sphere, such as paradise on earth. Geographically, the term refers to the Promised Land, a promise that today refers to the perimeter around Ethiopia and more generally the African continent.

Africa, the continent that is the cradle of all humanity. We all have something inside us, not from Tennessee, but from Africa… (A little wink to our friend Jojo). So last week, I discovered this new restaurant in the Vaval centre. Formerly run by Andy « The most st barth of all British » and then by Afida under the HideWay brand. After Irma, the drama was so intense that Afida decided to throw in the towel. The Hideway, however, was an institution on the island, both for the Saint Barths and for all tourists.

Béatrice and Jean-Baptiste took over the site and considered the space and the map in an innovative complementary vision, a different complement, in a healthy way. 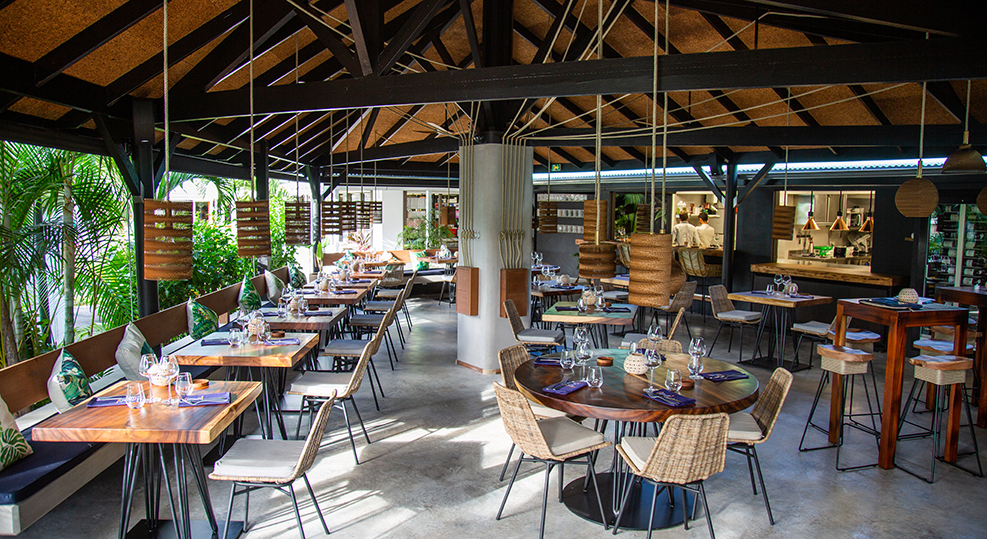 Already by the tropical decor, a bohemian setting, a mixture of vegetation and natural materials, everything is there to offer you a exotic cocooning break. Just open your eyes to see it! 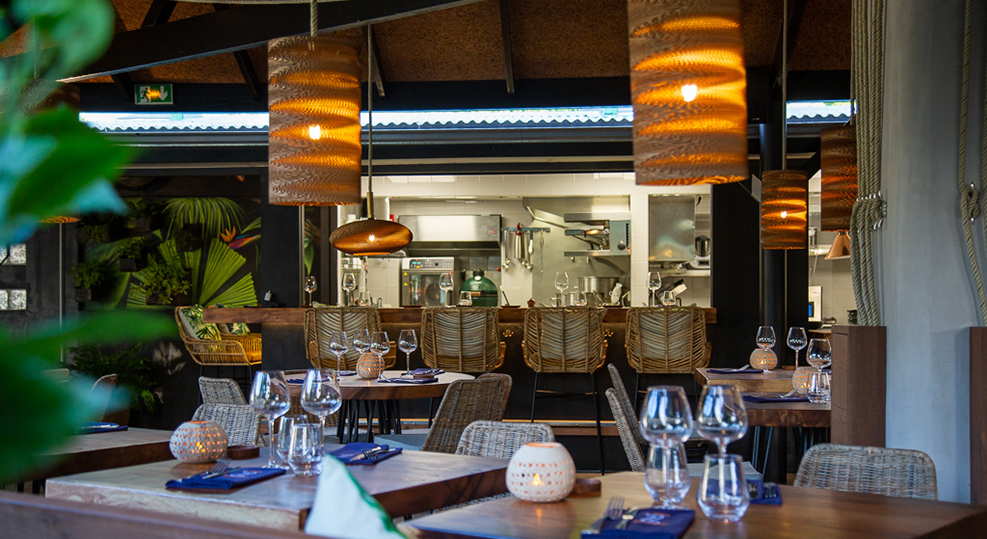 Recycled paper lamps, coconut wood furniture, a cellulose fibre ceiling or sign letters made from recycled oil cans… Every detail counts. It is to give full meaning to this environmental approach that they have also created a green wall decorated with aromatic plants grown on the island. 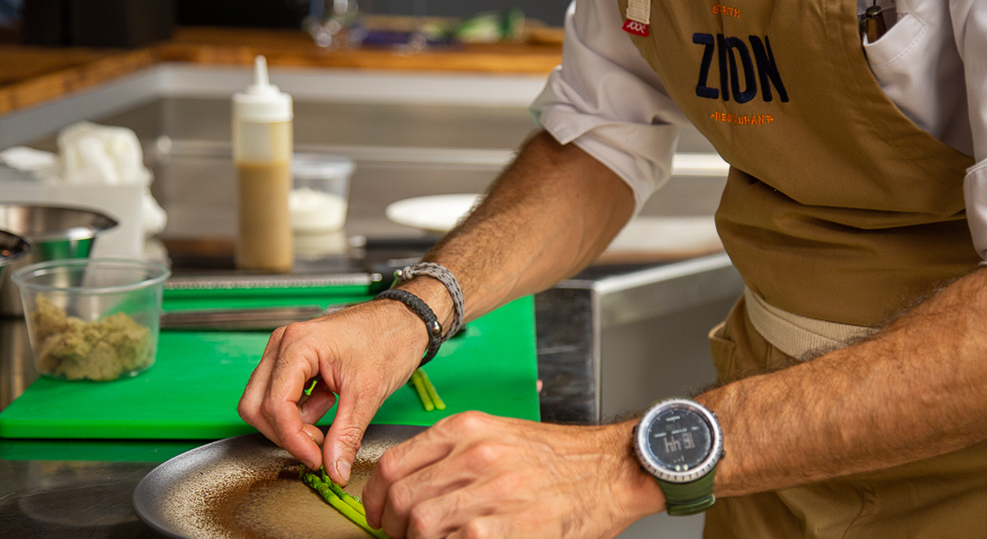 Then, by the culinary aspect, because the Chef composes his dishes of excellence to offer a modern cuisine to the inspirations of the world constantly renewed. And let’s talk about the Chief. Jean-Baptiste Piard, previously known as the Executive Chef of the Christopher Hotel, has also travelled extensively thanks to his passion: Cooking. We find him in Canada, in French Polynesia (Hotel Intercontinental Tahiti) best chef in Polynesia in 2013,….. Today, he is in charge at Zion. 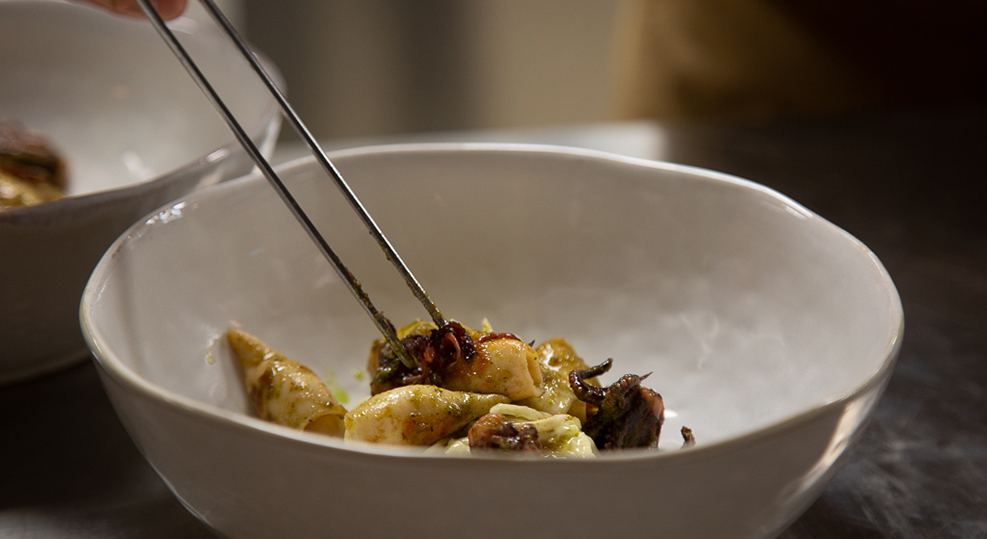 Le Zion, offers a refined and warm bistro cuisine shaped by its inspirations, encounters and flavours from elsewhere.

And to experience something new, take a seat at the Chef’s Table for an unprecedented journey of the senses. A culinary immersion as close as possible to the kitchens for the greatest pleasure of the eyes and your taste buds.

For my part, I enjoyed it. A moment of relaxation in a serene and caring atmosphere. In short, everything we love we share with you. We at Destination Saint Barths strongly recommend this little piece of paradise in Saint Barth. The place deserves its name: ZION. – Tél : +590 590 276 362